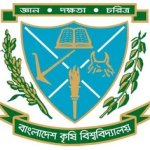 BAU Job Circular 2022: Bangladesh Agricultural University (BAU) has released a job circular on August 23, 2022. According to the current circular, they are looking for the recruitment of Lecturer posts.

The interested job seekers may download [PDF] official circular notice from the official website (www.bau.edu.bd). However, you can also go through this article to know more about বাংলাদেশ কৃষি বিশ্ববিদ্যালয়.

Bangladesh Agricultural University, abbreviated as BAU, was established as the only university of its kind in Bangladesh in 1961. The scheme for BAU was finalised on 8 June 1961 and its ordinance was promulgated on 18 August 1961. It started functioning with the College of Veterinary Science and Animal Husbandry at Mymensingh as its nucleus. The university has six faculties and 43 departments covering all aspects of agricultural education and research.BAU was the second highest budgeted public university in Bangladesh for the year 2013–2014. It is ranked number one university of Bangladesh according to the webmatrix university ranking 2017.

The application should be submitted in the prescribed specimen form, Copies of application form and recruitment policy can be collected from the Registrar’s Office by appearing in person or by sending envelopes containing specified amount of postage stamps and candidates postal address. Tk. 500/- (Five Hundred) Pay Order/Bank Draft issued by any Scheduled Commercial bank in favor of Treasurer. Bangladesh Agricultural University, Mymensingh must be enclosed with the application. Candidates must submit a total of 7 (Seven) sets of applications. Attested copies of educational qualification certificates and mark sheets and other necessary documents should be attached with each set of application. Candidates who have obtained a degree from any university other than this university must submit a certificate from the authority of the university regarding their merit position in percentage in the final examination of the graduate level of the concerned university along with the application form, Otherwise the application will be considered rejected. The application must reach the office of the undersigned during office hours by 29.09.2022.